A book review on Utopia 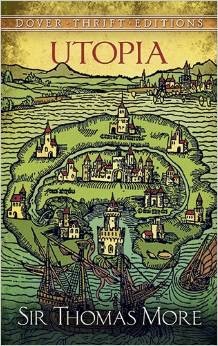 Let me take you down the windy road of discovery that Sir Thomas More recently led me down; the road of mystery that is ever so willing to give a new perspective.

The story begins with an address of the current circumstances that More sees on a daily basis: people sleeping on the streets, begging for a living with no one with remorse, people being ignored out of existence. A certain law that More discusses pertains to a loitering law that made it illegal for someone to beg for money, which the punishment was death. More contemplates this issue and seeks to address it within his novel Utopia that is about the nation Utopia.

At this point, More interprets every facet of Utopian society and scribbles out his perfect world, the world he dedicated his life to building. Though More was a Catholic Priest, this account is one of the first I read of a person petitioning for religious tolerance. More advocates for avoiding war at all costs saying that our lives are worth more than a sacrifice in a battle.

The most controversial idea that More explains is an idea of an economic system—not too different to communism—that he elaborates in as much detail as possible. More discusses the needs of each town and how they fulfill these needs. More discusses the goal of complacency in wealth; slaves in Utopia wear gold as a sign of insolence for example. Speaking upon this example, though Utopia is progressive in many manners as discussed above, More is constrained from the time he is from with several ideas that made me cringe.

Honestly, I would recommend this book to anyone with an ounce of interest in political philosophy, people who want to become lawyers in the future, or people interested in government.