The sentiment of “Never Again” has been fallen  by the wayside in favor of political convenience. 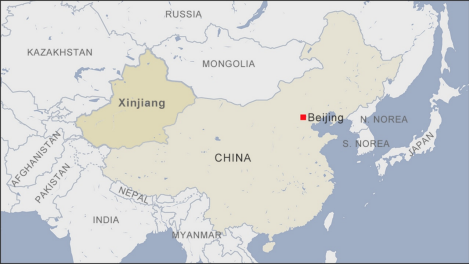 In the aftermath of the Holocaust, the phrase “Never Again” was often used by politicians and world leaders to show their resolve in seeking to prevent a genocide of that scale from ever happening again. But yet, time and time again, the sentiment of “Never Again” has been fallen  by the wayside in favor of political convenience. Examples of this are plentiful, from Bangladesh  in 1971, to Cambodia in 1975, to Rwanda in 1994, the world has watched silently as genocide is committed against a people, of no fault of their own. Today, the world again watches, silently, as it becomes more and more obvious that the People’s Republic of China is in the middle of a  genocide against the Uyghur population of northwest China.

The Uyghur people have a long and storied history. The short version of it is around the year 800 when the Uyghur people moved from southern Mongolia to an area in northwest China known as Xinjiang. There they created several independent states and around the year 1000 most  of the population converted to Sunni Islam. In 1755, the last independent Uyghur state – the Dzungar Khanate – was annexed to the Chinese Qing Empire. After that, despite a few short-lived rebellions, the Uyghur people mostly lived under Qing domination.

This all changed in 1911, however, when the Qing Empire collapsed after a revolution. The Chinese Republic that was established in its aftermath was weak, and soon splintered among infighting generals. What followed in Xinjiang was a period of 38 years of rule under a series of military cliques, several revolutions, the establishment of two independent republics, and one Soviet invasion.

This cycle of chaos finally came to an end in 1949 when Xinjiang was annexed into the People’s Republic of China under Mao Zedong. Initially things went well with Xinjiang joining the PRC as an autonomous region, meaning the Uyghurs were given a certain amount of independence and  minority rights were respected. This brief period of tranquility in Xinjiang soon ended in 1958 with the implementation of the Great Leap Forward by Mao Zedong.

This campaign, which was to both modernize China by localizing the production of things like steel and to increase crop yields by turning to a more agrarian economy, failed miserably and soon led to the largest famine in human history. This famine was caused by people turning to steel production rather than tending their fields and by people lying about how much grain they had produced to meet quotas.  The result was somewhere between 15-55 million people all over China, including in  Xinjiang. Soon faced with the prospect of starvation, some 67,000 Uyghurs fled Xinjiang for the  Soviet Union. This disaster, along with Mao’s Cultural Revolution in 1966, lead to more and more instability in Xinjiang. These two calamities were soon followed by another issue for the Uyghur people, immigration.

Beginning in the 1980s Han Chinese immigrants would begin moving en masse into Xinjiang. These immigrants were then directed by the government to settle into the northern more urbanized part of Xinjiang so as not to get too close to the majority of the Uyghur population in the south. This separation would not last long as the new Han immigration brought with it investment from coastal elites, leading to more jobs being available in Xinjiang. Uyghurs began to flock to the cities in order to get these jobs, only to be disappointed to find  they had mostly been filled by Han Chinese immigrants, who continued in general to do better and better financially, while the Uyghurs fell into economic stagnation. This led to a build up of  tension that boiled over in 2009 into riots in the capital city of Xinjiang, Urumqi. These riots resulted in the deaths of over 197 people, with thousands more wounded. Moreover, these conflicts along with a series of terrorist attacks by the Turkistan Islamic Party terrorist organization, have led to the Chinese government taking more and more rights away from Uyghur civilians.

In 2014 the Chinese Communist Party began what they called the “Strike Hard Campaign  Against Violent Terrorism.” This campaign was supposedly set up to try to target extremism and terrorism in the Uyghur population. However it in fact had a far more devious intent: to destroy the Uyghur population in Xinjiang.

So beginning in 2017, the Chinese government began to erect camps in order to hold and “re-educate” people whom they viewed as extremists. Soon people, or “prisoners,” were being sent to the re-education camps for many reasons, like for example wearing a Hijab, or attending service at a Mosque, or just for having a beard. Some prisoners have been sent to the camps for no apparent reason, and have no way to contest their sentences, as they have not been charged with any crimes. To date, there are an estimated 1,200 camps in Xinjiang, holding somewhere around 1.5 million Uyghurs.

In the camps, prisoners are subject to a form of brainwashing, as everyday they are made to salute the Chinese flag, pledge loyalty to China and only speak in Mandarin rather than their own native Uyghur language. Prisoners are also forced to renounce Islam and drink alcohol (which is  forbidden in Islam). While all of this is very bad, it unfortunately is just the tip of the iceberg in terms of the abuse going on at the re-education camps. Escaped prisoners have reported being deprived of sleep at night by guards and women being raped and subjected to forced sterilization. However, this is only a part of the Uyghur genocide.

Outside of the camps, Uyghur people are not safe from persecution. Almost every street in Xinjiang has a camera on it to monitor the population. Civilians’ internet use is monitored by the state at all times watching for even the slightest evidence of subversion. Historic mosques and graveyards are bulldozed in an effort to destroy Uyghur cultural history. At the mosques that remain standing, Chinese Communist Party posters and pictures of Chinese President Xi are hung, which is seen as a great offense to the sanctity of the Mosque.

Women in the cities are only allowed to have two children, and those outside the cities are only allowed to have three. Women who violate these mandates are often forced to have abortions, and those who have Caesarean Sections are sterilized by doctors during the process, without their consent. Finally, and perhaps one of the most disturbing parts of the genocide, is that government minders are sent to homes to monitor families. These minders regularly interview children and earn their trust by giving them gifts in an attempt to get the children to report if their parents had done anything illegal. All of these factors combined lays down a solid case that China is committing genocide against the Uyghur people  of Xinjiang.

So what action has been taken to stop this genocide? Unfortunately, very little. In 2021, the governments of the United States, Canada, and the Netherlands all independently acknowledged the genocide. And as this article is being written, the British House of Commons is considering doing the same. However, this is a very slow response to a genocide that has been  going on for the last four years. To date there have not been any large sanctions placed on China for the genocide, nor any real political pressure exerted to get China to halt the genocide.

This raises the question, will the nations of the world honor their commitment made after the Second World War to never allow another genocide to happen again, or will they continue to silently stand by knowing full well that another genocide is being committed? 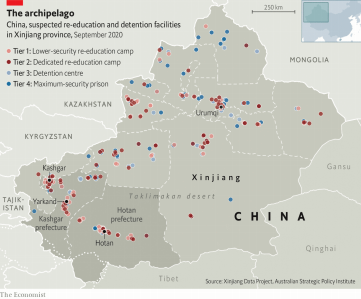