Unionize!: Why BC High Needs a Student Union

​Student activism and advocacy at BC High 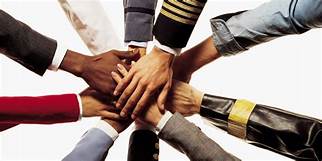 ​Student activism and advocacy at BC High is certainly not dead. The efforts of so many students and alumni in recent years to unite in campaigning for change certainly shows that we as a community are not afraid to speak our mind. In the past year, I have seen a community rise up around me both in the context of the pandemic and the racial reckoning that ignited the country.I have heard my friends speak up about their experiences in marginalized communities at school, whether because of their ethnicity, their sexuality, or the mental and emotional demands of BC High.

Last summer, when Black at BC High went live, I saw students campaign directly to the administration, to our principal and President, demanding to be heard. It felt like an awakening, and I think we all found our voices that summer, realizing that we had an opportunity to confront injustice and make changes to a system that had long stayed unexamined. It also made me realize just how dire our need for a collective advocacy body at BC High really is.

​When I talk to people about student leadership and our role, if any, in governing the community that we form at BC High, the response that my friends give is a unanimous, and tired, sense of frustration. There is a deep disconnect between student voices and the community-building that occurs at BC High. Much of this comes from an underlying feeling that the culture at BC High is not our own, not one that is student-driven, but one that is imposed upon the students by the administration.

There is a crippling lack of agency among BC High students about the role that they can play in shaping the community and the school as a whole, and I believe that translates into what everyone feels as a “lack of school spirit.” The major cause of the problem, in my opinion, is the absence of a platform for students to come together without the imposition of anyone else. In other words, the absence of a student collective, a student union, managed and maintained by and for the students themselves.

​Student voices, when they do emerge at BC High, emerge in a chaotic cacophony of singular, rather than united, visions. We are disjointed. Disconnected. We often say that one of the most beautiful qualities of BC High students is how we don’t form cliques, how we are welcoming rather than isolating. If we want to truly commit to that ideal, then we must have open lines of communication with each other. Right now, we don’t.

Student groups at BC High are localized and parochial. We have a smattering of affinity groups, an arts council, a Student Council, a Diversity Cabinet, a President’s Cabinet, an event planning committee, and heck, probably a Masonic Lodge or two, all working quietly and without communicating with each other for their own humble ends. Why is it that student leadership at our school is organized more like half a dozen competing secret societies than like a true unified body?

It is unfair to attack everything about this arrangement; each group has its own goals and its own reason for being. But at times it seems completely impractical for actually making change. This year, when much of the senior class (including myself) spoke in opposition to the midterms requirement, none of those discussions went through traditional student leadership groups like Student Council or President’s Cabinet: we connected with each other through social media and formed an informal group to petition with school administrators. The fact that we had to scramble and improvise a platform to advocate for ourselves goes to show how ineffectual the groups we already have are when it comes to actual student problems.

Student Council in previous years (including when I was a member) has primarily planned school events and organized fundraisers and dances—leaving much of the work addressing problems of inequality and injustice within our school to groups like the BLSU, who have tirelessly campaigned for BC High to become a more inclusive community without the name recognition of Student Council. But at the end of the day, the work that BLSU does, the work that each of our school’s advocacy groups do, concerns more than themselves. It should concern all of us.

In the end, it comes down to who our school’s administration gets the news of the day from. If we have a student union, we have one group that can meet with the administration rather than one hundred. We won’t have to compete for access to the ears of power.

If our voices can be collectively represented by the leaders of a student union, we can engage with this community—our community—as one. We can fight for a bulleted list of demands, when we are angry, and we can all support each other immediately when one of us needs help. We can unite the leaders of all of our school’s different student groups—team captains, diversity club board members, artists, scholars—into one Student Board of Trustees, tasked with representing the full diversity and the full unity of our student body as one undeniable force.

But if this will happen, it will require the passionate leadership of a truly dedicated group of students, a next generation of leaders who have a vision for bringing our community together, of reviving our culture and reigniting our voices. It is with them that I entrust the future of BC High, and the future of our generation.