Direct Democracy At BC High 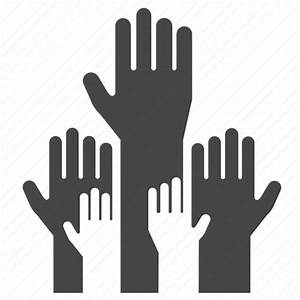 This past weekend I participated in a Model UN committee based on the Taliban takeover of Afghanistan. One of my good friends, Johnny Sullivan, proposed a plan to depose the new Taliban Government and replace it with a democratic republic, structured much like the United States system and the old Afghan government.

I argued against his proposal because a transplanted government would be seen as corrupt, influenced by other nations, and a puppet state, likely leading to a power struggle between a new insurgent jihadist group and the Taliban Government. Further, a democracy can only function when the populace is above a certain threshold of knowledge. The literacy rate among Afghan adults was about 43% (World Bank 2018), while, during the American Revolution, the literacy rate of white men was about 80%.

American reporters and generals detail corruption of the police, illegal siphoning of government funds, and desertion in the army. About 50% of the fuel supplied to the Afghan Government was stolen, and most of the military vehicles were unused due to illiteracy (Sunday Morning News Interview David Martin). A well functioning democracy needs a knowledgeable voter base and credibility if it is to last.

At BC High, one might say we have a similar problem (not to trivialize the struggles of the Afghan people, of course). I am referring to the credibility of the Student Council, not the intellect of the student base (though I do wonder what goes through the minds of teenage boys when they spontaneously start singing and dancing).

Firstly, the flawed blind elections need to be addressed. Last year, BC High held a blind election to vote on Student Council representatives. On a grid were candidate numbers and descriptions of their future policies. There were no names attached to the spreadsheet, as to avoid the election being based on popularity. Yet on election day, representatives sent messages to their friends and Instagram followers to, “VOTE FOR CANDIDATE #4” or whatever their number was. The election failed to avoid the influence of popularity, and resulted in the Student Council resembling a directory of either the most well liked or most well known students, not the most qualified or knowledgeable.

Secondly, the inherent flaw of an indirect democracy. Student Council is a representative body, made of elected officials. Yet, such officials fail to represent their voter base solely because the representatives are a minute fraction of the student body. How can 40 individuals gauge a school of over 1000 students? Not only are students unsatisfied at Student Council because they still feel like they have no say in their school, but also they feel powerless and undefended from an inactive student government.

So, how can we fix Student Council? Starting with the elections, it is likely impossible to avoid a popularity contest. But, people cannot be elected just because they have the most Instagram followers. So, a vetting process must occur to assure the quality of the candidates. Whether by teacher recommendation (not initiated by a student), GPA, or other requirements, candidates must go through a vetting process. Once a committee creates a group of qualified candidates, then students may vote, whether a blind, ranked, or normal the election process does not matter.

Yet even with a new election system, students will still feel disconnected and discontent with their representatives. A solution would be to allow all students to have a say in Student Council policy matters (Direct Democracy). Student Council members may propose policy which can be sent out via google form, the entire student body would then vote on such policies. By allowing all students to vote, students feel empowered and actually have skin in the game. They are no longer pawns in an inactive system used for college applications, but are true political individuals, engaging in policy matters and truly bringing change.

Lastly, to assure Student Council members are actually serving their constituents and bringing policy to the table, there should be a quota for the first and second semester. A required amount of policy proposals and passed legislation would spur the inactive government. And if the representatives do not meet such a quota, then a penalty may occur. Representatives along with the student base must have skin in the game, lest Student Council stay a languid and tepid body.