Erosion of Belief and Blight of Agnosticism

What does an increase in agnosticism and nihilism mean for the future of faith and human behavior? 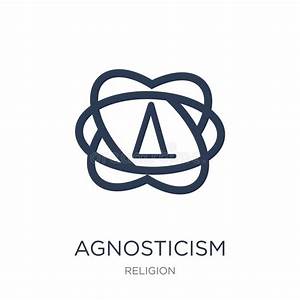 My friends and I often speak about belief. Whether the topic is religion, politics, science, or philosophy, all arguments lead to a single end. The end being either, “What proof is there of (insert claim)?” or “There is no proof that (insert claim) is true.”

We live in an age of seemingly infinite knowledge, but also in an age of unbounded uncertainty. The more we learn, the more unsettled and unfamiliar our world becomes.

Let’s consider the age of the universe. We now know the approximate age of the universe and when the Big Bang occured, but new problems arise. Problems such as what occured before the Big Bang, and what the universe is expanding into. Such problems become more difficult to figure out the longer they are away from the original question, and many we may never solve. When one door of knowledge opens, two more doors appear.

What does this mean for us humans? An increase in uncertainty? Well, some would say a dark future lies ahead, a future of languid desolation. As Nietzsche states, “God is dead. God remains dead. And we have killed him. Yet his shadow still looms. How shall we comfort ourselves, the murderers of all murderers? What was holiest and mightiest of all that the world has yet owned has bled to death under our knives; who will wipe this blood off us? What water is there for us to clean ourselves?” Here, Nietzsche does not refer to the actual death of a theological God, but death of the metaphorical God. Nietzsche highlights the destruction of certainty, order, and meaning, ironically catalyzed by the increase in knowledge and reason.

The void of certainty of our era, as outlined by Nietzsche, leads to nihilism (a lack of meaning). No matter where we look for meaning, we find nothing, only meaningless numbers, empty space, and a dying universe.

Nietzsche ardently argues against such nihilism and states that humans may choose their own meaning in life. Yet, what proof is there which states that humans have authority over their meaning in life; do humans have free-will to begin with? We cannot merely assume we are free without providing proof, that would be a grave mistake. Nietzsche simply states, out of fear and without evidence, that we may choose our own meaning in life because he is afraid of the descent into nihilism and its negative implications of society.

Along with Nietzsche, many modern day thinkers argue against nihilism because such fatalistic thinking allegedly leads to abhorrent behavior such as murder and suicide; in a meaningless world, anything goes. Despite such anarchic prognostications, deadly prophecies, I believe that society’s growing acceptance of nihilism will not drastically alter human behavior.

Take for example the rise of atheism and agnosticism, the preceders to the nihilism. Atheists and agnostics espouse their disbelief or lack of faith in God, yet both act much like a believer would. Contrary to the argument for religion as a moral necessity, the atheist does not go around killing people because they no longer fear hell and punishment, but the atheist acts much like the lay people around themselves. Just like a self described religious person, the non religious give to charity every so often, act polite, hold similar values of mercy and good will, and practically fit in with the religious crowd. Similarly, the nihilist believes in no meaning, yet acts as if they did have meaning.

A nihilist will still go through life regularly and are practically indistinguishable from a crowd of non-nihilists. Like atheists, nihilists do not go around willy nilly killing people because they have no meaning or moral constraints; they act like the rest of society, bound by social order and accepted codes.

Further, some may argue that all nihilists kill themselves, but what good comes from killing oneself? The act of living and killing has no meaning or measure of good and evil. Why commit suicide if it solves nothing (as human suffering is not necessarily a bad thing)? Like atheists, most nihilists are just regular people who happen to hold different beliefs than the majority. They are no evil token or harbinger of secular demonic spirits.

As atheism and agnosticism sharply rise, so does nihilism. In the nihilistic future, we can have a small bit of faith that humanity will not purge itself or commit mass atrocities out of a lack of meaning. Rather, the innate human properties of social order, a fear of uncertainty, and aim for power will remain, likely driving the world without a moral backdrop. What we believe changes, but how we act stays the same.