Does BC High Lack Patriotism?

Although BC High has flags in every classroom, is it really patriotic? Many schools across America recite the Pledge of Allegiance every day before classes, but BC High does not. From this arises the problematic question of whether we, as a community, are doing enough to be patriotic. On Friday, I had the privilege of interviewing Mr. Logan, a tenured member of the religion department, to discuss the subject. When asked if BC High is patriotic, he replied, “We could, indeed, be more attentive to patriotism,” but also said that it is important to keep in mind what patriotism should look like. He stressed the importance of having patriotism be “thoughtful, informed by faith, and reflective,” and not just external symbols or actions that mean nothing. Mr. Logan emphasized that having flags and other red, white, and blue symbols means nothing if our patriotism is not informed and faith based. Patriotism is an important part of being an American, and when it is informed by faith and reflective, it becomes a powerful love of one’s nation that can change the future.

Mr. Logan also talked about how BC High has had civic leaders and days of recognition for service members, but it is not something that is done as often as it used to be. However, he also mentioned how we encourage students to participate in ROTC, Reserve Officers’ Training Corps, and similar programs. Is BC High doing enough, though? For example, prior to 1950, BC High had a wooden flag pole flying the American flag out front, but then the pole rotted and fell down. To this day, BC High has not replaced that flag. In addition to installing a flag pole, BC High should also look into finding a formal place for the recitation of the Pledge of Allegiance.

I also had the honor of talking about this topic with Mr. Travers, founder of the Agape Latte Club. He began by saying, “Defining patriotism is difficult,” and, “What does it reallymean to love one’s nation?” He believes that love of country should come from our faith, further stressing Mr. Logan’s idea that if patriotism is not informed by our faith, it becomes reckless. Mr. Travers also said, “At BC High if we can have informed patriotism, that emerges from our faith, we can really help build this country,” echoing Mr. Logan’s sentiment. He said that BC High should be encouraging full civic participation, and that informed patriotism is certainly a route for doing that.

BC High does, in fact, have American flags in every classroom, but that is not necessarily patriotism. It is, like Mr. Logan said, a mere external sign of patriotism that means nothing if not accompanied by faith and reflection. Moving forward, BC High should consider discussing how we, as a community, can foster faith filled patriotism. Some possible solutions for becoming more patriotic may include having more political representatives as speakers, finding a place for the Pledge of Allegiance, holding days of veteran recognition, reflecting on what it means to be patriotic, and encouraging civic participation. 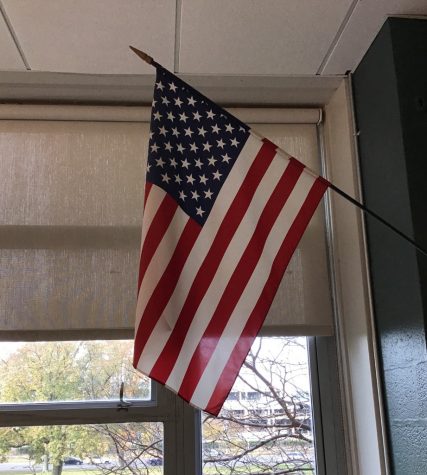