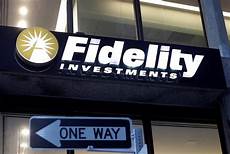 A week ago, Fidelity released a new product named the Fidelity Youth Account, which is designed for teens ages 13 to 17. Amazingly approved by the SEC, this account breaches the previous threshold of a minimum age of 18 to trade without parental restriction. The account allows for a simple checking account, a debit card, and the ability to trade securities without parental approval. While parents can monitor their child’s financial habits, teens can freely trade without parental interference as stated on their website, “It is owned by the minor, who makes all the investment decisions” (Introducing the Fidelity®Youth Account).

Parents may believe they are doing a great service to their child by introducing their child to the very important subject of personal finance, but they are sorely mistaken. Just like the Greenlight Debit Card, the Youth Account is another marketing scheme, which masks a devious machine, designed to create the next generation of spenders, speculators, and gamblers.

The teenage mind is highly prone to addictions, like alcohol, drugs, coffee, and vaping. One of the most common being gambling. As a side note, I’ve seen plenty of students at BC High play Texas Holdem or Black Jack in class. One student in my English class is rumored to trade stocks in class and as stated by my teacher, “Destroy third world countries again?”.

This new trading account, specifically designed for teens, is a glamorized slot machine. Teens will buy the hot stuff like Tesla, Gamestop, Moderna, and Hertz without actually knowing the fundamentals of a company. They will simply buy based on market movements, sentiment, and breaking news stories as proven by the 2000 tech bubble with stocks flying high without any real earnings. Luckily, Fidelity product managers were smart enough to bar teens from trading options and on margin. Teen speculation and gambling allowed by the youth account likely leads to financial ruin, perhaps scaring one from participating in the market forever. Unless of course, the money is not the child’s and is instead the parent’s.

Secondly, allowing teens to purchase individual stocks does not apply to investing later on in life. Most people will buy mutual funds or index funds, being securities that can be bought and sold much like stocks but consisting of a highly diversified pool of companies, as their main investments. Purchasing individual securities is impractical and more closely aligns with the financial dark ages of the early 20th century, in which markets were extremely prone to decoupling and lacked efficiency.

Today, markets are extremely efficient with robo traders arbitraging hellfire on markets; robo traders are algorithmic programs designed by hedge funds. As a retail investor, there is no extra gain in trading individual stocks anymore, otherwise known as alpha. It would be much more practical for Fidelity to limit teens to mutual and index funds, perhaps not even ETFs, exchange-traded funds, as they can be traded just as quickly as singular stocks.

The teen mind is short-sighted and lacks a capable attention span, especially today. How are teens expected to read and learn about financial literacy, when teens fail to study for midterms, tests, and fail to read any English class novels? It is naive to believe that a teen will invest for the long term if they do not know how to invest in the first place. And for the matter, if they fail to understand how to actively read. You cannot throw someone into the ocean and expect them to swim if they never learned how to swim in the first place. Further, do not give drugs to the people prone to addiction.

A much better approach to teaching teens about personal finance would be to demonstrate how to save and how to spend. Children learn by example and observation. If they see their parents spending on garbage like turntables, purses, shoes, and cars, of course they will be spendaholics. Displaying prudence and frugality is a much more viable option than allowing one’s child to have their account balance hit 0 and have them ask their parents, “Can you add $100 to my account? I ran out of money.” And likely, the parent will say, “Of course”, as to avoid an argument of why the child wasted all their money on shoes and Doordash deliveries.

The Greenlight debit card and similar youth accounts promote the reliance on a parent to give an allowance to the child; a piggy bank parent. Further, the only viable way a bank can make money on a youth account is by charging overdraft fees when an account becomes negative, so perhaps the bankers knew that the youth would spend more than they saved.

As for the free trading accounts, do not allow them to trade freely. Rather, have a parent certify their purchase through a UGMA or UTMA account as to assure they invest prudently with research. The Wall Street masterminds have really gone low this time, targeting the youth. Perhaps their next scheme will be trust funds for the pets of the elderly, the securitization of land on Mars, or the online auctioning of organs from the recently deceased. The financial wizardry of Wall Street never ceases to amaze, delude, and outwit regulators and the unknowing public.