When students return to school in the Fall, will their sweatshirts be returning with them? Here’s everything we know. 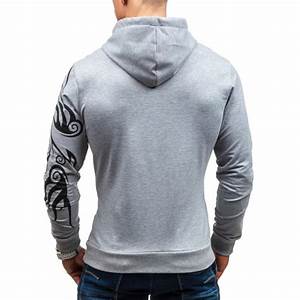 The soft, warm comfort that a casual sweatshirt provides is unmatched by even the coziest of pullovers. Is it psychological? I do not know. All I can say is that BC High students received a much appreciated gift this year when the school announced a relaxed dress code, allowing these hooded miracles.

However, next school year is shaping up to be a normal one, presumably with lockers, which would remove the excuse of not having enough bag space to store said hoodies. The big question then is this: will the dress code maintain this year’s alterations and permit students to wear sweatshirts, or will it revert back to previous versions where donning a hoodie likely resulted in a JUG?

As a student myself, I may be the slightest bit biased towards the whole comfortable school attire issue. I have always been a hoodie guy, and that probably will not change in the foreseeable future due to their perfection for temperatures between 20 and 80 degrees. So when — to my complete delightment — they became fair game on campus, I took full advantage. The quarter-zips that once highlighted my daily attire now lie abandoned and neglected, forgotten on some hanger in the back of my closet.

Meanwhile my Celtics sweatshirts are having the time of their lives, as they get to travel all the way to Dorchester five times a week. Clearly, I am very grateful for this rule, but you know us humans, we are never satisfied, are we? So as the school year draws closer to Summer vacation, I can not help but fantasize about the possibility of a permanent change in dress code. They don’t harm anyone right? In fact, what is the reasoning behind a dress code anyways?

At this point in my curiosity, I figured it would be smart to talk with someone who actually has an idea of what to expect when returning next Fall. To hopefully challenge my viewpoint and shine some light on the hoodie situation, I recently spoke with Mr. Brooks of Student Affairs and asked for his take on the subject. From our conversation, I gained a great deal of new insight that I had not previously considered. To begin, we talked about how relaxed the dress code already is. Coming from a public middle school, it certainly feels as if khakis, a belt, and a collared shirt are restricting one’s individuality as well as overall mobility. Yet compared to other private schools and even BC High’s own Arrupe program, it is really just a small sacrifice for the image of a well-presented group of students. Still, Mr. Brooks would like to take a comprehensive look at the dress code to see what, if anything, needs to be modified.

As for this year, the decision to give students hoodie privileges was a move of compassion in return for the already-intense regulations imposed due to COVID. That begs the question, then, of whether students have an enhanced learning experience with a dress code, or perhaps the opposite is true. I mean, of all the problems we dealt with this year, what I wore was the least of what dictated my academic performance. But that is not the true reason for why some attire is mandated while other is banned, which I learned for the first time upon meeting with Mr. Brooks. He told me something that I felt was not only a fair justification of the dress code, but also great life advice: “Do things you have to do so you can do things you want to do.”

In the grand scope of things, is having to wear a pullover instead of a hooded sweatshirt really that big of a deal? Sure, it can be annoying, but it is a minor inconvenience to prepare students for the real world, a place where we are going to have to put up with a lot of annoying things without complaining. Essentially, we should be able to focus on school and work without griping about something that really will not matter down the line.

Ok, so there seems to be a perfectly reasonable explanation for certain fashion requirements, but that doesn’t mean that students aren’t going to still prefer hoodies — myself included. Mr. Brooks recognizes this and has already conferred with Student Council about possible compromises, those of which would benefit both students and faculty.

One idea came from Community Council, the same group that will eventually have the final say on what happens with sweatshirts next year. Their proposal was to use the incentive of hoodies to eradicate the mess left behind by students at lunch. If the cafe stays clean for two weeks, then for two weeks sweatshirts are considered school-legal. That way students are holding each other accountable for picking up after themselves, and who wouldn’t be motivated by this grand reward? I would love to see this play out in BC High, even if just to say we gave it a try.

In all likelihood, next year will probably start out similar to before, with a strict no-hoodies-during-school-hours-or-you-get-a-JUG policy, at least in the first few weeks. Once everyone feels settled in, I say let the creativity shine through! There is loads of potential surrounding the idea of an incentive, as it would provide a means of improving the school while giving students a small victory.

Just writing this article sparks proposals of my own: Maybe we let students wear BC High hoodies to promote school spirit? Or only on days when there is a big sporting event? Hey, if the school wanted to design and monopolize one specific, allowed sweatshirt, I would not be mad. Mr. Brooks agrees with me that the quality of the current BC High hoodie is phenomenal, somehow achieving the peak level of internal fuzziness. Hypothetically, Student Council could sell these limited edition clothing articles to raise money for dances, or whatever they raise money for.

In the end, I realize that even if no conclusion is reached that favors this year’s dress code modifications, a school without hoodies is not completely ludacris. I am sure that I would move on with my life at the same efficiency as if I settled with my Hyde Center pullover, a quarter-zip that is honestly just as fuzzy and has a really cool logo. Like Mr. Brooks said, “Do things you have to do so you can do things you want to do.” For us BC High students, that means bearing with one of the simplest dress codes outside of “wear whatever you want” and not make a big deal out of a sweatshirt, no matter how cozy or comfortable or soft or warm or amazing it is. So hoodies, unless we can find a way to incentivize or monopolize you — and there is hope! — I will see you on the weekends.