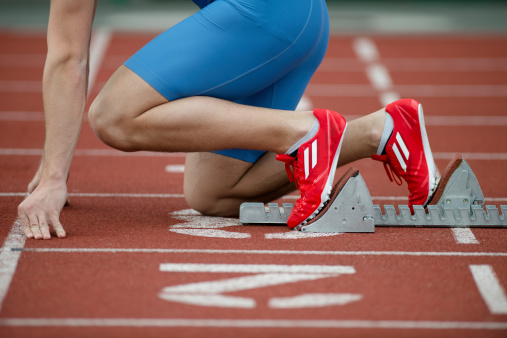 Detailed view of a sprinter in the starting blocks

For the past few decades, depression was seen as weakness. If a man was depressed or sad, they were called “wimps” or “crybabies.” Men were not allowed to express their true feelings because they would be made fun of or abused by their friends. But in this new era of brain studies, depression is finally realized as something you can not just turn on or off. It is a serious illness that millions of people suffer from around the world. This has led to a new wave of understanding depression and it’s victims and it is being mostly expressed in one of the most toughest facets in society, the sports world.

Many athletes in professional sports did not have a easy childhood. Many of them grew up in dangerous neighborhoods with their parents either being addicted to substances, their father being abusive to their mother, or even parents not being in a child’s life at all. This leads to the child feeling sad or depressed, but they must hide this feeling because it can come across as a weakness to their friends. This can lead to a much more dangerous path that can even lead to suicide. But many athletes prevail, immersing themselves in the sport they love. They focus so hard and practice so much on their hobby that they try to forget their troubles, but their trouble will always be there waiting to be faced.

Shooting guard for the San Antonio Spurs, Demar DeRozan, grew up in these circumstances. Demar grew up in Compton, California, one of the most poorest and crime-ridden cities in America. He was raised in constant fear of being mugged or killed everyday and once, almost did get killed. While at a red light, a man with a gun was about to rob his family with a gun when the criminal realized that it was the famous five-star high school basketball recruit in the car, so he left. Demar talks about his experiences about living with depression at a young age. DeRozan states, “It’s one of them things that no matter how indestructible we look like we are, we’re all human at the end of the day. We all got feelings, all of that. Sometimes, it gets the best of you, where times everything in the whole world’s on top of you.”

Another leading advoacate of depression support in the sports world is the power forward of the Cleveland Cavaliers, Kevin Love. On January 20, 2018 there was a report that said Kevin Love left early during a blowout loss vs the Oklahoma City Thunder. Then another report game out saying that there was a team meeting where all the Cavalier players accused Kevin Love of leaving early because they were losing. Multiple reports said that Kevin Love was getting yelled at my all his fellow teammates. It turned out that Kevin Love at a severe panic attack and was ashamed to admit it. He then released a Player’s Tribune article about his scary experience. Love says that “it was real —as real as a broken hand or a sprained ankle. Since that day, almost everything about the way I think about my mental health has changed.” He also says, “I know it from experience. Growing up, you figure out really quickly how a boy is supposed to act. You learn what it takes to “be a man.” It’s like a playbook: Be strong. Don’t talk about your feelings. Get through it on your own. So for 29 years of my life, I followed that playbook. And look, I’m probably not telling you anything new here. These values about men and toughness are so ordinary that they’re everywhere … and invisible at the same time, surrounding us like air or water. They’re a lot like depression or anxiety in that way.”

Love is now a very out spoken advocate of depression awareness and is establishing of foundation centered on mental illness. Kevin Love is showing how depression is a real illness and now just something a man or woman can just switch on or off. It should t be hidden just to seem strong, but really the strongest person is a person who can admit they need help. Kevin Love is open about seeing a therapist and the rest of his experiences in hopes that more people will seek help as well.

Basketball players are not the only advocated for mental illness awareness. Brandon Marshall grew up in a rough childhood situation in Pittsburg, Pennsylvania. His father was in a jail many times for physically abusing his mother and once even hit her with a glass bottle. These circumstances led to Brandon suffering from depression on top of his personality disorder. The current New Orleans Saints wide receiver talked about his experience going to group therapy about depression. In his Player’s Tribune article he states, “Another young lady told the group that she had attempted suicide the night before. I just sat there, in shock. We worked our way around the room and everybody told their stories. There was an insurance broker, a social worker, a college student — normal, everyday, good people. Not all of their stories were as intense as the two young ladies’, but each person was facing similar struggles. And there I was — this big, macho football player — listening to these people talk about their feelings and not knowing how to react. This was an outpatient session. […] I remember stopping my car at the edge of the parking lot, watching the other cars pass by on the street and wondering how many of the people in those cars — and how many more in this country — were facing similar issues and suffering in silence. Hundreds of thousands, I thought. Maybe millions.” 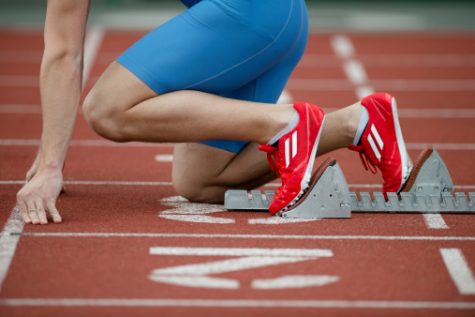 Marshall now does talks and presentations to many people. He has talked to donors for his foundation, Project 375, and has talked to children about growing up with borderline personality disorder. No matter how many times he has been traded throughout his career, which is a lot, his message of mental illness for the world has no bounds.

These are just some of the many professional athletes and ex-athletes, ranging from swimmers to baseball players, that are desperately trying to change the narrative of depression. Whether that be through foundations, interviews, or presentations for children, athletes are trying to show children that even if you grew up in tough situations like they did, mental illness and depression is never something that should be suppressed, but nothing that should be helped. Athletes want to show people that there are many people that can help, like doctors or your close friends and family. Players like Demar DeRozan, Kevin Love, and Brandon Marshall are just the beginning of a new era of mental illness awareness, and that era looks very bright.