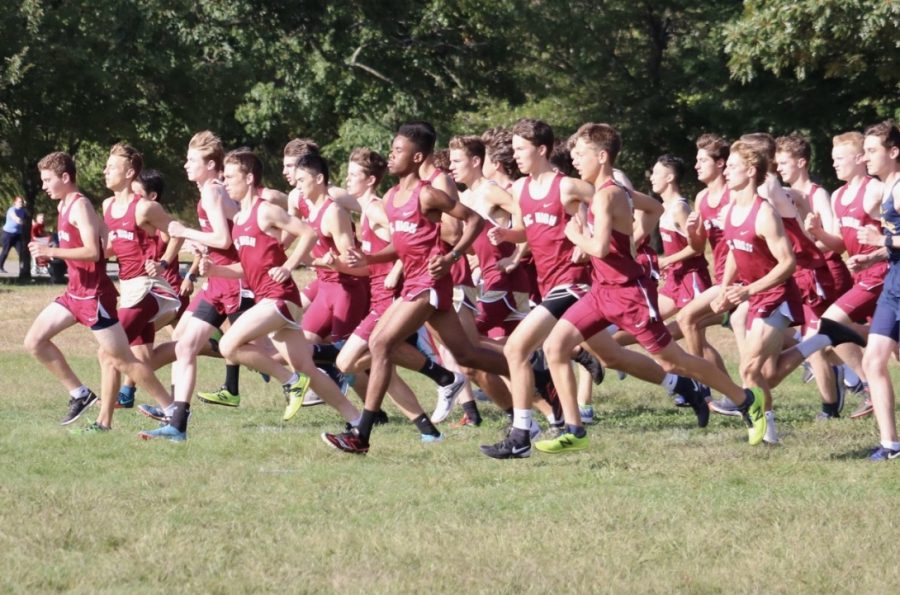 The BC High Cross Country season officially came to an end Saturday, November 9th, at the Eastern Mass Divisional Championships. They ran well, finishing in 8th place in the combined North/South Division I. John Gallagher, an exceptional senior, led the team for his first time with a time of 16:39, followed by sophomore Gemsly Cajuste, at 16:43, who has made an impact and led the team in many races. Captain Yixin Hu followed Gemsly, with the two Kirby brothers, Myles and Aidan, after him. Juniors Owen Duggan and Joe Chase finished in sixth and seventh on the team. The Eagles finished the regular season 3-1, only falling to Saint John’s Prep by 10 points, which in a cross-country meet is not much. The first dual meet of the year was at Franklin Park, the Eagles home course, and they handled the Malden Catholic Lancers with a score of 16-47. At the next dual meet, also at Franklin, the Eagles handled the Xaverian Hawks 19-44. The Eagles then traveled on the road up north to Bradley Palmer Park and fell 33-23 to the Saint John’s Prep Eagles. The Eagles then beat the Catholic Memorial Knights back at Franklin Park by a score of 17-43. At the Catholic Conference finals, the Eagles finished second, again losing only to the all-state champion Saint John’s Prep team. The runners with 5000 meter times under 18:30 continued to run at the Coaches Invitational in Wrentham and at the Eastern Mass Divisional Championships. The Eagles ran in two away invitational meets – Clipper Relays and Twilight. Clippers were at Maudslay State Park, and teams of three ran two miles per person, and it helped bond the team at the beginning of the season. Twilight was held on October 18th, and the team ran a 5000m meet at the Falmouth Fairgrounds at night. Although the Eagles fell short of winning the conference, the younger runners look promising for both next year and in the upcoming track seasons. Sophomore star Gemsly Cajuste put it well, “We had a lot of fun this season, and it was great running with the team, even though we didn’t achieve everything we wanted to accomplish. I see a lot of potential in many of the runners, and I’m looking forward to running even more with the team. I think we’ll be real contenders for the conference title next year.” The runners will have a few weeks off before the indoor season, where they hope to win the conference. However, they will face tough opponents like Saint John’s Prep and Xaverian. 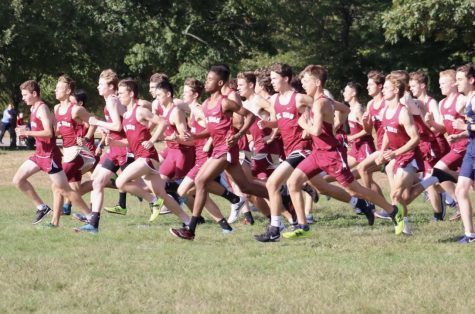