How the New York City Pilgrimage Changed Me 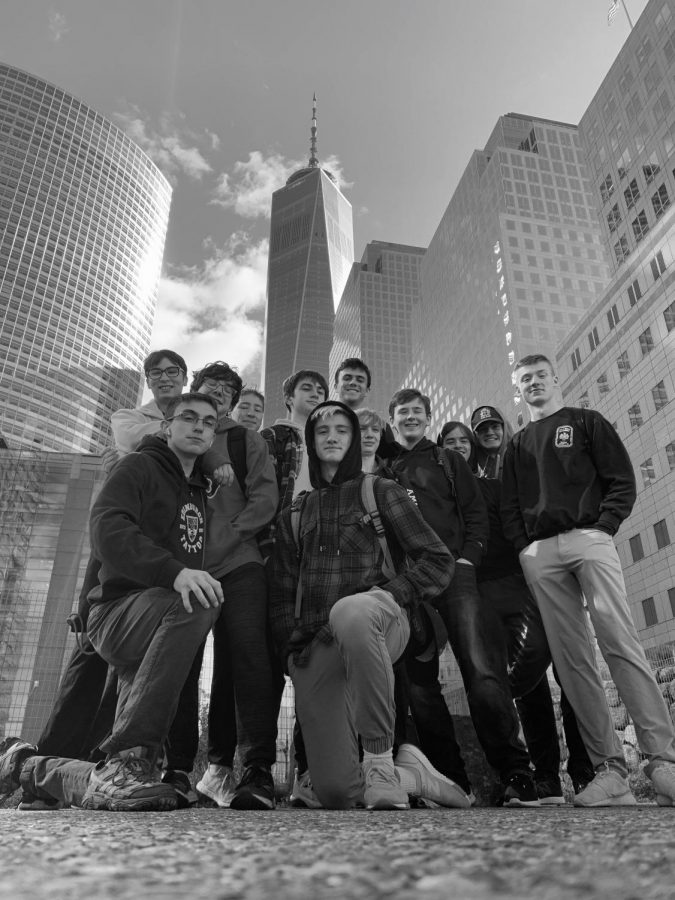 Have you ever thought about your roots, or about the journeys your ancestors embarked on to end up in America? On the New Y ork City Pilgrimage, we set out to find the answers to these questions and many more over the course of three days in the Big Apple. Our ancestors travelled to the country as pilgrims, not tourists, so we set out to do the same. Our group, consisting of 12 students chaperoned by Mr. Huynh and Mr. Hutchison, travelled to locations such as the Tenement Houses, Times Square, Harlem, The 9/11 Museum, The Brooklyn Bridge, Greenwich Village, and more. We walked almost everywhere, excluding the few times we took the subway when our destination was too far away. Each day we learned about prominent figures in New York’s history, including Dorothy Day, Bob Dylan, and Langston Hughes.

My personal favorite part of the pilgrimage was when we ate dessert at a Jewish bakery. We had knishes, which are made out of a variety of fillings covered over by dough. The bakery, which was named Yonah Shimmel Knish Bakery, has been in business since 1910, and the same family that opened the bakery still runs it today. I think this bakery is a great example of how we carry on our ancestors’’ legacies, because the knish recipe that is used today is the same one that was used more than 100 years ago.

Another stop on our pilgrimage was the Church of St. Francis of Assisi, where we had the opportunity to watch an Indie and Foreign Film Festival. We watched about half of the movies shown, until it was time to head back to our hostel for the night. The films were about immigration into our country, and how many people who are building lives for themselves are deported just as they begin to feel secure. One film that struck me was a re- enactment of court cases that involved immigrant children, one-by-one entering court to face deportation. Some of the children did not even know what a lawyer was, and they were expected to endure court without any parents by their side. These films tied into the themes of the retreat by tackling modern immigration and the stories of people who try to make better lives for themselves. Another one of the retreat’s themes was to be your own person, and not to rely on others as much. Whether it be literally, such as refraining from following Mr. Hutchison into oncoming traffic, or spiritually, such as having your own determination, being yourself is always an important guideline to possess. This is yet another similarity we have with our ancestors, because it was their determination that allowed them to make a change and embark on the journey to America. The New York City Pilgrimage encourages you to take a look back on the lives of those who have come before us and to set out to live your own life just as your ancestors did. 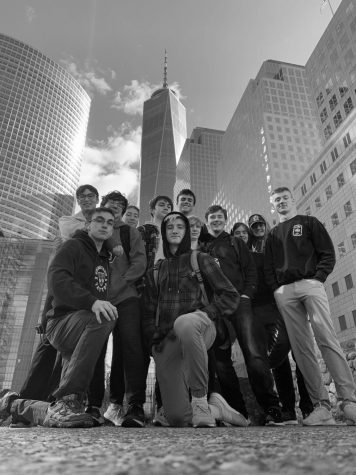