Everyone has an opportunity to have their dreams come true

you never know what will happen with a little bit of luck and God’s grace.” 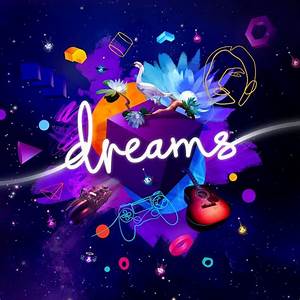 “Everyone has an opportunity to have their dreams come true…you never know what will happen with a little bit of luck and God’s grace.

Once a member of the Boston Municipal Court since 2013, Serge Georges, Jr has been called a “rockstar,” and lawyers’ favorite judge. This year, he will have yet another title under his collection. On November 17, 2020 the Massachusetts government released a press released titled: Governor Baker Nominates Judge Serge Georges Jr. to the Supreme Judicial Court. BC High newspaper club was honored to have an exclusive meeting with him in form of a Q&A interview as seen below:

Interviewer: “What was your childhood like? Where were you from?”

Judge Serge Georges Jr.: “Well, I am a son of Haitian immigrants; we moved here in 1974 to the Kane Square section of Dorchester, and that’s where I grew up. I am a proud Dorchester-ite.

Interviewer: (Follow-up): “Do you know what Haiti was like? Have you ever been there?”

Judge Serge Georges Jr.: “No, I have never been there, but I would love to visit at one point. I was born in Manhattan, my mother and I went to Zaire in Congo where my dad and two older sisters were. We came here in 1974 from New York after my dad finished the four-year commitment (in Zaire).”

Interviewer: “Moving on to your experiences in Boston, how would you relate your times at BC High to where you stand at this moment as a Judge in the highest court in Massachusetts? How has it affected you?”

Judge Serge Georges Jr.: “BC High’s mission and the Jesuit tradition is made into who I am, and it has to be part of who I am as a judge. The spirit of redemption, generosity, (and) help informs everything that I have tried to do as a judge: to be fair to the community, fair to the victims, and fair to the defendants.”

Interviewer: “It is clearly shown that you have manifested the Grad at Grad by committing to do justice, but there are plenty of other options and from what I heard, studying law is not very easy; so my question is, how and why did you choose to study law?”

Judge Serge Georges Jr.: “To be specific, what made me decide to become a lawyer is the killing of Carol DiMaiti by her husband Charles Stuart in the fall of 1989. (Link to some details regarding this case will be provided on the bottom reference sheet.) Without boring you with the details of the case, it is a pretty well-known murder. A hoax perpetrated by Charles Stuart by blaming the murder of his wife on an “unidentified” black male. That case prompted me to want to be a lawyer.”

Interviewer: (Follow up) “So this specific case made you want to bring justice to the world where it is deserved, is that correct?”

Judge Serge Georges Jr.: “Well, I knew that I wanted to be part of (what was) protecting people’s rights, and seen justice done.”

Interviewer: “We know that you’ve successfully transitioned from a layer to a judge, are these roles very different to you concerning what you wanted to become?”

Judge Serge Georges Jr.: “Well they are definitely two very different roles, I changed from the advocate to the decider of facts, where I am only concerned about the right result happens for the right reasons. In preparing for that, having a broad range of experiences as a lawyer that encompasses a lot of what I do now in the Boston Municipal Court was important.”

Interviewer: (Follow Up) “One of many concerns today’s families have is the presence of a good lawyer. How would you conclude the impact of good or bad lawyers upon any given case?”

Judge Serge Georges Jr.: “While being a good lawyer does not hurt, at the end of the day, the facts are more important. Cases were won and lost on evidence. If there is no evidence, the case loses, if there is evidence, you have a chance. But it doesn’t hurt to have a very good lawyer.”

Interviewer: (Follow up) “Would you argue that good lawyers are only “extra” and without a good lawyer one can still win?”

Judge Serge Georges Jr.: “Let’s put it this way, some people can read words on a piece of paper, or read a speech. Other people are more eloquent, which makes the words on that same piece of paper sound better and even melodious. But it doesn’t change the fact that both sides were reading the same words. When one listens to the words, how it sounds really shouldn’t matter. However, if one has more ‘eloquence,’ it might. It shouldn’t, but it might.”

Interviewer: “Moving on to the next topic, you previously mentioned during your State House announcement that you never dreamed of being in such a high position; what would you say to all BC High students who are also working towards a seemingly ‘impossible’ goal?”

Judge Serge Georges Jr.: “I would say that you should never stop dreaming. Dreams happen and come true for everyone; at any time, any place, anywhere — you never know. There is no reason why you shouldn’t have dreams. You might come from more modest beginnings, or you might come from more affluent circumstances, but regardless everyone has an opportunity to have their dreams come true. You should keep dreaming of them, and you should keep working towards them: you never know what will happen with a little bit of luck and God’s grace.

As Governor Baker said, “his unique voice and real world experiences will improve the quality of discussion and debate on the Commonwealth’s highest court”. Former U.S. Senator Mo Cowan also acknowledged that his presence in the Massachusetts Supreme Judicial Court would certainly fill the court with “hope and the promise of possibility,” especially during a year defined by the coronavirus pandemic, racial strife, social injustice, and a “great loss” on the state’s high court.

Information on the killing of Carol DiMaiti: