A Study of the War on Drugs in Massachusetts 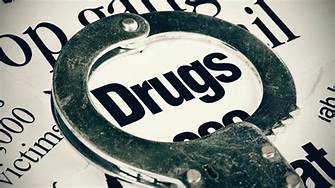 The infamous War on Drugs was officially declared in 1971 by President Richard Nixon, but it is still very relevant in Massachusetts and all around the U.S. today.

For those of you who are not familiar with the War on Drugs, we will give you a brief history starting back in 1956 when the Narcotics Control Act was created. Although this act was passed before the War on Drugs officially began, it created harsher sentencing for use and possession of narcotics. This would later be built upon during the War on Drugs and lead to racial disparities in jail sentencing.

Shortly after the War on Drugs was declared, in the 1980’s cocaine was being processed into crack cocaine because it was a much cheaper form of the drug. Gang violence skyrocketed due to it’s great demand, and because of this, the Anti-Drug Abuse Act of 1986 was passed. The act created mandatory minimum prison sentences for federal drug crimes, and it made the minimum sentence much higher for crack cocaine than regular powdered cocaine. Government officials argued that the higher sentences were chosen because of its addictive nature, which is hard to believe.

The cheap price of crack cocaine caused people of color, who were given less opportunity to work and make money, to flock towards the drug. People of color were then being arrested for use of crack at a much higher rate, and given minimum sentences that were much longer, than white people. Concerns over this racial injustice forced change in the War on Drugs. Many believed that the War on Drugs was oppressing minority populations, for example, look at the crack cocaine sentencing disparity which was challenged in court in 2007. In Kimbrough v. United States, the Supreme Court ruled that judges could impose lighter sentences than the federal sentencing called for in crack cocaine offenses. In 2010, the Fair Sentencing Act greatly reduced the disparity between sentences.

This racial injustice can be backed up through the use of official statistics and research. According to most recent estimates from the US Census Bureau, the state of Massachusetts is home to around 6.9 million residents. The racial breakdown of our home state is as follows: 71.1% of residents identify as White or Caucasian. An additional 12.4% identify as Hispanic or Latino. 9.0% of residents identify as Black or African American. 7.2% identify as Asian. The remaining residents are of other or mixed races.

As we look into the specifics of these prison statistics, further racial disparities are exposed in drug-related charges, reminiscent of the War on Drugs. According to the American Civil Liberties Union (ACLU) of Massachusetts, despite making up only one-third of the population and one-third of convicted drug offenders, people of color make up an outstanding 75% of those sentenced to mandatory minimum terms in Massachusetts.

Just as people of color were unjustly sentenced to longer terms in the late 20th century, these same trends still exist today. For example, the opioid epidemic in particular has devastated the United States, costing hundreds of billions and killing thousands each year. In 2016, there were about 3,500 fatalities per month related to opioid overdoses nationwide (one every 13 minutes). The COVID pandemic has accelerated this trend, causing a drastic increase to above 6,000 per month (one every 7 minutes).

Though white citizens make up the majority of opioid related deaths, communities of color are disproportionately represented as compared to the population. In addition, fatalities have been drastically increasing in recent years among people of color. According to the Center for American Progress, one study shows a 53% increase in fatalities among Latinos and 84% among Blacks from 2014-2016.

In Massachusetts, various organizations are working to reduce drug-related deaths. The Overdose Education and Naloxone Distribution (OEND) has lowered fatalities by 11 percent due to the distribution of naloxone to individuals at risk of overdose. Although this is certainly progress, it only scratches the surface of the widespread issues in the American justice system. Without push for reform by citizens and lawmakers alike, American society will remain in the clutches of institutional racism and its detrimental impact towards people of color.

The Spike in Drug Overdose Deaths During the COVID-19 Pandemic and Policy Options to Move Forward. https://www.commonwealthfund.org/blog/2021/spike-drug-overdose-deaths-during-covid-19-pandemic-and-policy-options-move-forward. Accessed 8 Apr. 2021.