Formerly the Asian Culture Club, what is the story behind the AAPI Collective’s new name? 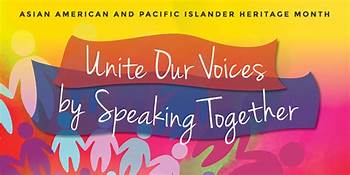 That is the new name of the previous Asian Culture Club. The name itself is a very poignant reflection of the long journey that the club has gone through these past few months. The labels “Asian American” and “Pacific Islander” represent the united struggles and history the Asian student body has faced in America. But the word “collective” also emphasizes how great and wonderful the diversity of our cultures and backgrounds are, and how we strive to have our unity along with this diversity. So, how and why did we come up with this name?

The debates about the name and the focus of the club as a whole happened years before the Atlantic shootings. Mr. Huynh, who works within Campus Ministry and who leads the AAPIC, reflects, “About three years ago, there was actually a divide in the group and some members felt we needed to be talking more about our experiences as Asian Americans here and now. It had to be more than just our cultural music, food, dress, and our past.”

These sentiments were present in the collective’s conversations throughout this year, and we especially talked about how COVID-19 impacted the AAPI community here in Massachusetts and the United States. As a whole, we weren’t bringing up our culture that often. A more pressing topic was the people who were being attacked in America simply because they were Asian and “Chinese,” while we didn’t spend the majority of our time discussing the history of Lunar New Year, for example. Although we still had fun times talking about the latter, there was a noticeable change in focus as a result of 2020.

These mass shootings sparked a new wave of activism and awareness about gun reform and anti-Asian sentiment within America. Various Chinese Americans, Filipino Americans, Vietnamese Americans, and more all spoke up with movements and phrases such as “Stop Asian Hate.”

We were becoming more aware of the history of racism and discrimination against Asian Americans. We were coming to grips with the intersection between the different cultures in which we were raised and the all-encompassing, seemingly oversimplified label of “Asian American.”

Mr. Huynh says, “We could no longer ignore what was happening in our country and we could not be silent… The violence against AAPI pushed us to be more vocal and in the now.” And so, after that time, we went through how hearing about the shootings felt to us, and we went through and argued to what extent did anti-Asian sentiment play into the shootings if it was a hate crime. Finally, we talked about how we can make an active change within our BC High community.

We students didn’t come up with the idea to change our name. Instead, BC High alumni Fritz Friedman ‘68 and Brian Lee ‘02, two successful Asian American graduates, came to our club, told us their diverse experiences within BC High and America, and stated that they wanted us to change our name. In Friedman’s words, Asian Culture Club sounded “soft,” making our cultures seem exotic. And some students agreed.

Thus, the goals we had in mind for the name change were to correct and to better reflect our recent conversations about COVID-19. We first agreed on the word “Asian American Pacific Islander”; then, after discussing the words “union” and “association,” we settled on “collective.”

This is not the last step we will take to enact change within the school community, and it is not the most important or major thing that we will ever do. Asian Americans should have the ability to put out their experiences and make them known; this is just the start of that. Also, while discussing the name change, there were justified concerns that the name would make this collective seem exclusionary, like an “Asians-only” club.

If you are interested not only in learning about our Asian cultures and heritage but also in talking about ways to enact social justice for AAPI, then you’re absolutely welcome to join, no matter your race. On a final note, the collective is looking toward a new future, as Mr. Huynh encapsulates it:

“We want to support Asian Americans to be their best selves here at BCH and beyond. We hope to be a place to support other Asian Americans in finding their voice. We hope to be proud of who we are and collaborate with other affinity groups. We want other minority and marginalized groups to know that we will stand with them and that we are better and stronger together.”