Unseen Flaws of Liberalism and Democracy

Carl Schmitt’s take on liberalism and democracy should be closely examined. 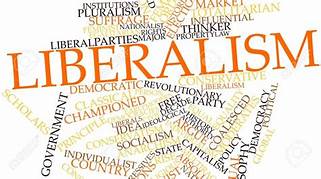 America is more divided than ever as evidenced by the polar split in the past two elections, in which fear and disdain rule. President Biden seeks to reunite our broken nation, but it may not be possible. I listened to Stephen West’s interesting podcast, Philosophize This! (episodes #132 – #133), which discussed Carl Schmitt’s criticism of liberalism and democracy. Carl Schmitt (1888-1985) was a Nazi jurist and political theorist. The Nazi party was evil and responsible for the mass extermination of over six million Jews. Although Schmitt believed in the repulsive ideology of Nazism, this does not mean his critique should be immediately tossed away. Rather, Schmitt’s take on liberalism and democracy should be closely examined because his analysis of debate, the liberal paradox, and the ill effects of democracy are particularly relevant today.

One reason why Schmitt’s critique is extremely relevant is because of his take on reason and debate. A liberal democracy, such as the United States of America, is founded on the idea that consensus and middle ground can be achieved through reason, criticism, and debate. Yet, as seen recently in congressional hearings over the 2020 election, there seems to be absolutely no middle path or bipartisanship. Rather, debate and government have spiralled into screaming matches, clown shows, and campaigns based on half truths or outright lies. Schmitt argued that some topics are impossible to debate, like abortion, religion, and equality.

Instead, he argued that government should be a centralized power that should seek to oppress and correct any ideas varying from government doctrine. He argued that a democracy can only function when there is a clear consensus among the population, which can only be achieved through the suppression of ideas and opposition. As seen in China and Russia, such totalitarian regimes exist, which suppress certain groups in order to create unity, homogeneity, and a strong national identity. The Chinese Government touts a 95.5% approval rating (Ash Center of Harvard University) and Vladimir Putin holds a 59% approval rating (Levada) even after the apprehension of political opponent, Alexei Navalny. While this view may be extreme, he is correct in his assessment that some issues are undebatable, which further exacerbates political tensions.

To expand on the suppression of ideas to create a functioning democracy, Schmitt believed that liberalism and democracy directly contradict one another. Liberalism seeks to create equality and a globalist society, while reason and debate are the foundation of democracy. By engaging in debate, an individual automatically draws a distinction between friend and an enemy, which contradicts the liberal idea of equality and harmony. For example, if you and another individual are in a debate, then how can the other person, who holds differing views, be equal to yourself if you believe they are wrong? The political process of debate requires inequality and embodies imbalance.

The goal of liberalism can be summarized by the statement that, “We can be multicultural and tolerant if you only believe in multicultural tolerance” (Stephen West). The aim to create a multicultural and globalist society requires the suppression and demonization of other ideas like conservatism, which is paradoxically undiverse and illiberal. Similar to Noam Chomsky’s fifth filter of mass media, the common enemy, Schmitt argued that for a democracy to effectively function there will always be and must be common friends and enemies. The common enemy corals peoples through fear, which further unites a country and optimizes a democracy. Rather than eliminating distinctions of nationality, class, and race, Schmitt argues that we should embrace the superiority of ideas and certain groups to create a more united, and distinct nation. Further, Schmitt believed that nationality and a national identity largely dictates an individual’s actions and values. While embracing a technocratic elite class is very extreme, as of now, it seems there will always be a dichotomy of enemies and friends, whether they be foreign or domestic.

Another critique of Schmitt was that a liberal democracy lulls people into complacency. He argued that by having political actors, the public lacks any political responsibility, which further erodes their national identity. Ever since World War I, the average American voter turnout approximates 50%. This is extremely low, and even more depressing when considering people mostly vote based on party rather than research and consideration. Our forefathers and ancestors fought with blood and sweat for the right to vote. The thought of people not engaging in the political process is mortifying when you consider the millions of immigrants who came to the United States seeking to join our democratic republic. Unfortunately, Americans live in an apathetic society, in which many politicians galavant around and posture, while avoiding real world issues, which is enabled by the unconcerned public.

When examining Schmitt’s political theories, one must consider his avid affiliation with the Nazi party as he joined the Nazi party in 1933, openly supported the murder of Hitler’s political enemies, promoted anti-jewish laws, and argued that the expansion of the German Empire was justified. Schmitt was a horrible person. Yet, his assessment of democracy is especially relevant and accurate when assessing today’s political landscape. If Schmitt were still alive, he might ask who our political enemies and friends are? Or, whether the American public is more divided than unified? And, is our democracy working properly when we have recently witnessed the siege of the Capitol Building and the BLM riots? We should all reflect on Schmitt’s ideas of political engagement and national identity, but also remember that, across the globe, we share commonalities of friendship, empathy, and humanity, commonalities Schmitt failed to realize.