On “Private Schools Are Indefensible”

A Review and Reflection 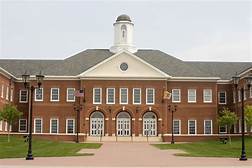 Of all the articles I’ve read this year, none has put a smile on my face quite like this month’s Atlantic magazine cover story: “Private Schools Are Indefensible.” While admittedly part of my happiness came due to the gleeful irony of seeing private schools (like mine) being so openly mocked in large print, another part was owed, rightfully, to the author’s righteous indignation and her delightfully venomous prose. Caitlin Flanagan’s eye-catching excoriation of private schools is full of calculated wit (“Dalton is one of the most selective private schools in Manhattan, in part because it knows the answer to an important question: What do hedge-funders want?”) aimed directly at the flanks of America’s ultra-rich, white suburbanite class.

She fires salvos at elitist private schools, many of whose names are instantly recognizable: Andover, Exeter, Dalton, Sidwell, Choate, Stuyvesant, Trinity… and many of which are located in America’s suburbanite heartland: the Northeast. Sidwell Friends, a Christian school that taught President Obama’s children, is “a sort of Saks Fifth Avenue of Quakerism.” Other such prestigious high schools “have such luxurious facilities that they’re almost revolting.” Flanagan points mockingly at Dalton’s “archaeologist in residence,” as well as its fundraising motto to “prepare students for the exciting world they will inherit.”

But what distinguishes Flanagan’s story from yet another roast of America’s ruling elite is her own background: she was a private school teacher and a private school parent, and her experience with private education runs deep enough that she always treats her human subjects with a degree of empathy otherwise not afforded to the institutions she condemns. Flanagan’s view is nuanced, though she clearly isn’t afraid to antagonize. She argues that private schooling was different back in the day, when she was a teacher. Parents (and in particular donors) had much less say in the administration of schools, marketing was less prolific and extravagant, and faculty and students alike had to deal with the same challenges of daily existence—leaky buildings and wet linoleum—that prevented them from being cushioned within a protective cocoon of wealth. Schools were still transformative places, and teachers were tasked with a straightforward task: to teach—not to shuffle kids into Harvard and Yale.

Nowadays, she argues, rich parents and their children have become desperate to grab at an increasingly rare pool of admissions to elite universities, while the rest of the nation’s education has stagnated. She cites students who are more depressed, anxious, and stressed out, and parents who breathe down teachers’ throats, hoping to squeeze an additional A so that they can guarantee their children will get into Ivy League schools. The situation at many private schools has become so dire, she notes, that parents will accost guidance counselors and administrators outside the school parking lots, which Flanagan notes “is what prosecutors in murder cases call ‘lying in wait’.” Elite high schools have become so competitive that parents often demand the transcripts of other students from counselors, and will pay doctors for false diagnoses of ADD in order for their children to get extra time to take standardized tests.

Despite such problems, these are the schools, Flanagan argues, that “surround kids who have every possible advantage with a literal embarrassment of riches—and then their graduates hoover up spots in the best colleges.” Hoovering is correct: as much as we laugh at these students and parents for being so competitive, they are right. They know how to play the system. These elite schools literally feed students into Ivy League schools, often at rates stupendously higher than public schools. Noble and Greenough sends 50 students to Harvard. Each. Year. The Spence School sends a third of its graduates to the Ivy League. And yet these are the schools that claim to be promoters of progressive, liberal ideals. Argues Flanagan, “If these schools really care about equity, all they need to do is get a chain and a padlock and close up shop.”

Yet as much as we can sympathize with the plight of middle class and impoverished families across America, whose route to a truly transformative education has been bottlenecked by the wealthy, we must not ignore our own guilt. We are a private school, too, albeit one whose values are (supposedly) guided by higher and more holistic morals. Many of the alarming symptoms plaguing private education have begun to be seen here, too. BC High’s emphasis on college preparation must never eclipse its emphasis on raising good men in community with ourselves and our faith. We must pay heed to the rise in mental health issues that are endemic to high schoolers, whose day-to-day lives are governed by the looming academic challenges of college prep.

And we must pay attention to equity. Flanagan in her article interviews a Princeton student, one of the rare few who came from a working class family in the Midwest, and who came from public school. The second he arrived at Princeton, he told her, he became painfully aware of inequality—despite the fact that everyone there had already gotten into Princeton. Many students from elite schools had already taken classes that are usually offered in one’s first or second year of college. These schools churn out students who already come into college with an inherent advantage. BC High is one of those schools. I am enrolled in Multivariable Calculus, a class that for most students is a second or third-year college course. Sure, I have some skills that enabled me to take that class, but those skills were cultivated with the resources of BC High. A much more talented student at Braintree High School, my local public, would not be able to take that class even if they were more qualified than me.

Flanagan closes with this point: “In a just society, an education wouldn’t be a luxury item… many schools for the richest American kids have gates and security guards; the message is you are precious to us. Many schools for the poorest kids have metal detectors and police officers; the message is you are a threat to us.” At BC High, we are inherently committed to the Jesuit ideals of social justice, liberation theology, and transformation. If we continue to hold these ideas at the core of our mission, we must confront the two paths that BC High faces: one that leads to greater elitism, inequality, and degradation of student life, and one that leads to greater empathy, equity, and student happiness. We cannot, and should not, seek to compete with those schools whose goals are hopelessly entwined with the accumulation and hoarding of wealth. We must mission ourselves differently; we must treat our students as members of a living, everlasting community, not temporary customers who transact education for money. Only when we place ourselves with the “other,” with those underserved by education today, can we truly be men and women for and with others. It is a challenge that we must proclaim ourselves ready to face.