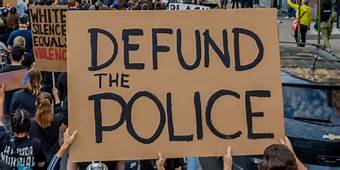 The harrowing footage of the 8 minutes and 46 seconds of George Floyd being murdered in cold blood was a deep confrontation towards every American. It was not hard to see what happened, no need to see who initiated what; it was clear, George Floyd was lynched in plain sight. Nationally, Americans initially reacted in a very visceral way, the country was in a complete state of shock. Then came the black instagram squares. This included many who previously would completely swear off black lives matter in a very reactionary manner. It seemed for a moment, that after centuries of violent oppression of Black people in this country, a majority of our country finally understood the severity of the issue. There was a honeymoon phase of mothers and fathers expressing their horror; companies and institutions were releasing statement after statement about racial justice. There were state/local legislatures rushing in criminal justice reform legislation as a response to electoral pressure.

However, this all came to a halt. The Rush Limbaughs, Tucker Carlsons, and the Donald Trumps of the world, through fear-mongering, misinformation, and dog whistles, finally brought American discourse back to what fills their pockets. I am all for finding common ground, engaging in honest discussion, etc. However, it must be said that a predominantly white, conservative media apparatus, played a large role in dividing the country and rebuilding that very temporarily broken stigma around the simple phrase “Black Lives Matter.”

Power of the movement today

Even with all the stigmatizing and fear-mongering, there is still an awakening among many Americans, especially young people. Because of this, Black Lives Matter actually has somewhat of an electoral base, which will grow more and more in the coming years. Along with this base there are activists and organizers working around the clock for every inch of progress. The movement has a large spectrum of ideology, motivation, and identity. Through this broad spectrum breeds conflict and disagreement about the best way to move forward. I feel that this could be harmful towards any real action because in order to do so, there must be a strong, united pressure campaign.

Problem with Defunding the Police

One of the prominent goals of a portion of the Black Lives Matter movement is to “Defund the Police.” Within this framework there also seems to be a broad spectrum of ideas. I have spoken to people who believe defunding the police is a means to eventually abolish and replace the police; this seems to be an increasingly small minority though. There are many who see it as a way to use funding to pay for education and other crucial social services. Many want certain duties relieved from police and placed on other government services. Yet one of the most broadly popular things I have heard about is demilitarizing the police (to varying degrees of course). The positive that comes from this slogan is that it raises some serious discussion surrounding bloated police budgets, and whether massively increasing them actually results in a decrease in crime. However, I think the slogan itself should be put to bed. The ideas of funding social services, communities, and demilitarizing/reshaping what we expect police to do are all wonderful ideas, but these goals are dealt great harm when attached to the “Defund the Police” slogan. Mostly because this money cannot come from police budgets.

I believe a positive set of goals would include: investment in social services/community, increased police training/accountability, ending the war on drugs, and restructuring the fundamental goal of the criminal justice system. All of these together would lead to more trust, less crime, and an overall better situation for those born in harsh situations due to systemic racism.

One strong example of accountability measures are body cameras. In order to mandate them for police, it would be immensely costly to implement and maintain. According to Kentucky Police Chief Joe Monroe, body cameras could cost up to $5,000 per police officer. Many police departments have dropped the program because of these high costs. Increased training would also be expensive. Lasting an average of 18 months, it costs up to $100,000 per trainee to go through the entire process. Not to mention, to do these things and actually create robust social programs that attack the generational poverty stemmed from systemic racism would be a huge fiscal undertaking for any city. Part of the reason cities have more trouble creating social programs and enacting these reforms is because cities absolutely cannot spend into a deficit, they are not like the federal government. They also have greater difficulty levying taxes, especially because local taxes, specifically on the wealthy, have become a race to the bottom to attract job-creating corporations and projects.

So, how could this problem be reasonably dealt with? I believe it is absolutely necessary for the federal government to completely reimagine the way they deal with cities. The federal government should provide grants to cities with strings attached, much like President Biden is doing with the 1.9 trillion dollar American Rescue Plan, One of the most overlooked impacts of this package is that cities no longer need to cut jobs/pay for firemen, police, teachers, and cancel infrastructure projects that are crucial to the cities economy. The federal government funding cities completely changes how cities deal with a fiscal crisis. Imagine, in a time of economic prosperity, cities received those kinds of grants on a consistent basis. The federal government could theoretically attach conditions to that money that demand baseline police reform, social welfare reform, and an investment in communities. Through doing this, the United States can take a big step in advancing upward mobility, closing the racial wealth gap and reforming our broken criminal justice system. This plays out in the rest of the world. For example, the Economist’s Intelligence Unit ranks the top 10 safest cities as: Tokyo, Singapore, Osaka, Stockholm, Amsterdam, Sydney, Zurich, Toronto, Melbourne, and NYC. The reason that these cities were ranked this way is not because of racial makeup, police budgets, or any other silly notion. These cities are ranked this way because of their economic opportunity, access to basic needs such as healthcare/food services, education, and generally well planned cities. The only American city on this list is NYC, this is mainly because NYC is a digital opportunity hub, and there is a significant social safety net in the city. The issue is, NYC is one of the biggest cities in the world with an insane amount of capital. It should be seen as no accomplishment that it ranks 10th. So, let’s reframe the conversation.

Take the valuable ideas from “Defund the Police,” and turn it into something mayors cannot deny. Force conservative mayors, governors, and senators to explain to their constituents why they are reluctant to fund police accountability, city/state infrastructure, and social programs. This is a battle that is easier to win, and a battle that will bring more permanent, serious change. I say all of these things from an extremely privileged perspective, unaffected by our criminal justice system, social welfare issues, etc. Because of this, I am completely open to full, honest criticism about the ideas I am espousing.